Today brings the New Moon or a new month on the Jewish calendar. But it is not  just any new moon. According to the Torah, “This month (literally “new”) shall be to you head of the months…Exodus 12:1. 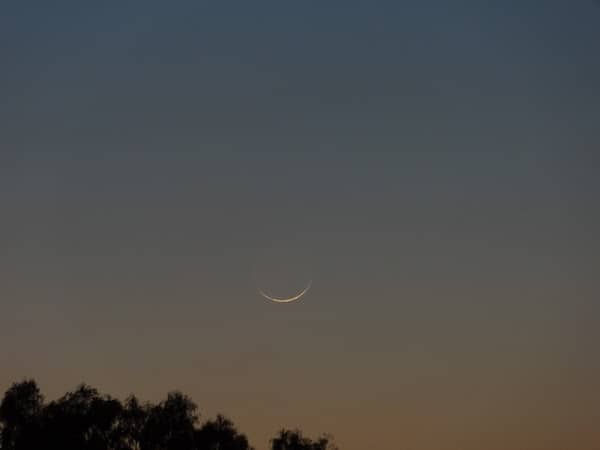 Today is the beginning of Nisan or Aviv, the biblical name of this new moon/month. This is the case not only on the traditional Hebrew calendar but just confirmed in Israel with the confirmation of the ripening sheaves of barley that signal the harvest is near and there is no need to add a 13th month to this particular year. 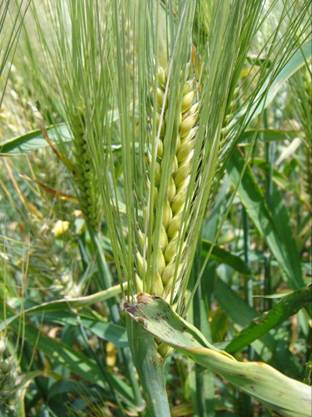 Even though the focus on the 1st day of the 7th month is dominant in Judaism today has been picked up even in our culture as “Rosh HaShanah,” the Jewish “New Year,” in biblical times such was not the case. This is indeed the beginning of the “Sacred” year, not the civil year, and the return of the cycle of Sabbaths, New Moons, and Festivals…

The terms “first day of the first month” in the Hebrew Bible, marking the ,”New Year” signal a new beginning, or renewal of life, including here in this text in the time of Moses at the Exodus. It is also called the turning of the year, and has to do with the sprouting of the barely, and with what we call “Spring”–at least in the northern hemisphere!

According to the Torah Isaac was born when Abraham was 100 years old and Sarah was 90 (Gen 17:17).  A year earlier, when Abraham was 99, we have an important set of references to what was ahead.  Three “men” appeared to Abraham, one of whom is subsequently revealed to be an “epiphany” of Yahweh. The Yahweh figure tells Abraham explicitly twice:

I will certainly return to you when the season comes around, and lo, Sarah your wife shall have a son (Gen 18:10).

Is anything too hard for Yahweh?  At the set time I will return to you, when the season comes around, and Sarah shall have a son (Gen 18:14).

Two precise Hebrew expressions are used here, lending strong emphasis to the precise timing of the birth of Isaac.  There is great meaning in all this.  The first phrase, “when the season comes around,” is literally, “at the time (or season) of life.”  It is a reference to the new year in the Spring, in the month of Abib or Nisan (see Exodus 12:2).  It is worth noting that in the traditional reading of the Torah portions this section is paired with a reading from the Prophets, from 2 Kings 4.  There we read of another extraordinary birth, that of the son of the Shunammite woman during the time of Elisha (2 Kings 4:16).  Truly this month of Nisan is a month of miracles and “new birth” as we shall see.  The second phrase, “at the set time,” stresses the exactitude of the timing of this important event.  It will come at a precise time or season.  These are not merely superfluous passing references.  Three chapters later we read:

And Sarah conceived and bore Abraham a son in his old age, at the set time of which God had spoken to him (Gen 21:2).

What we learn here is that Isaac was born in the Spring of the year, likely in the month of Nisan, at a “set time.” In the book of Exodus we read of another “Spring” birth–this time the birth of the nation of Israel. Whether the author intended to link the two ideas or not is difficult to say:

Exodus 12:40-41 explicitly states that this “birth” of a nation taking place at this precise time:

The reference to the very day is to the 15th of Nisan, the evening of the Passover Seder.  But what about this intriguing reference to 430 years?  Scholars have disputed over the meaning of this chronological note.  It should be noted that the verse, when properly translated, does not say that Israel was in the land of Egypt for 430 years, but rather the that the time of their “sojourning” was 430 years.  What event happened, 430 years earlier, “to the day,” from Israel’s Exodus from Egypt, based on the chronological records now preserved in the traditional Hebrew “Masoretic” text.

Some have suggested plotting this 430 year period of “sojourn” with the Call of Abraham in Genesis 12.  Others have counted the 430 years from the circumcision covenant with Abraham, when he was 99 years old (Gen 17).  Still others have begun the 430 years with the birth of Isaac in Genesis 21.  The Rabbinic source Seder ‘Olam preserves a traditional solution to this question.

In Genesis 23:4 Abraham tells the children of Heth, from whom he purchases the burial cave of Machpelah in Kiriatharba or Hebron, “I am a stranger and a sojourner” with you.   Abraham refers to himself as a ger (stranger) and a toshav (sojourner), even though the Land of Canaan had been promised to him. Abraham never received the Land of Promise in his lifetime; he remained a “sojourner” until the day of his death.  The same is true for Isaac, Jacob, Joseph and their 70 descendants who went down to Egypt.  The question is, precisely when did this “sojourning” of the people of Israel begin?  According to Seder ‘Olam it begins not in Genesis 12, with the Call of Abram to leave his father Terah’s house in Haran, but five years earlier, when he left the city of Ur in Babylon.  Note carefully, when Abram leaves Haran he is 75 years old (Gen 12:4).  But according to Genesis 11:31 “they went forth . . . from Ur of the Chaldees” some years earlier.  This is the actual beginning of their wandering or sojourning.  There is a significant reference in this regard in Genesis 15:7:

And He said to him: “I am Yahweh that brought you out of Ur of the Chaldees, to give you this land to inherit it.”

One might have expected, on the basis of Genesis 12:1-3, for the text to read “who brought you out of your father’s house,” i.e., from Haran.  But in the Genesis tradition, picked up on by the Rabbis, the initial “Call” of Abram was out of Ur in Babylon, not from Haran in the land of Canaan.  In other words, the wandering, or “sojourning” of Abram begins before his call from Haran at age 75.  Also, the Hebrew word here is crucial.  The phrase here translated “brought you out” is from the verb yatz’ah, the same word used in Exodus 20:2 introducing the Ten Words at Mt Sinai:

I am Yahweh your God, who brought you out of the land of Egypt.

That would mean that according to the Masoretic chronology Abram left Ur, which was his own personal “Exodus” from idolatry and paganism, on the very same night, Nisan 15th, which later becomes the Passover.

The precise chronology of the Masoretic Hebrew text confirms this.  Note the following references and numbers (the years are given as AM, “after Man (i.e., Adam),” which correspond to the traditional numbering of Jewish years since Creation):

One important additional note here.  Why would Exodus 12:40 speak of the sojourn of the “children of Israel” as 430 years when this period begins with Abram?  According to the rabbis Abram stands for the whole people.  The term “Israel” is both a name and a title which includes Abraham and his entire line through Isaac and Jacob.  The Covenant with the Jewish people begins with Abraham.  The Rabbis love to play with letters and point out that the name ISRAEL in Hebrew is spelled Yod, Shin, Resh, Alef, Lamed.  These five Hebrews letters are the first letters of the names of the Patriarchs and their wives, namely Yod=Yitzak (Isaac) and Yaakov (Jacob); Shin=Sarah; Resh=Rebecca and Rachel; Lamed=Leah!

Isaac is born at a “set time,” when the “season of life” comes around.  We have already seen that this is a reference to the beginning of Spring, or the month of Nisan.  In Jewish tradition Isaac, as a miraculous child of promise, was born on Nisan 15th or Passover.  In fact Genesis hints at the festivals and holy days of Israel, later set forth in the Torah, as known in various ways in much earlier times (Gen 1:14; 8:13).  For example, there is a reference to Lot preparing “unleavened bread” or matzos, for the heavenly guests prior to the destruction of Sodom and Gomorrah (Gen 19:3)!  Why matzos?  In the previous chapter Abraham has been told that Isaac will be born “at this season next year” (18:14).  So, in the text of Genesis we know we are in the time of Nisan, when Abram is 99, a year before Isaac’s birth.  Does Genesis imply that God rescued and removed Lot and his family from Sodom around, or even on, the very night of Passover? The text contains several Passover motifs.  The angels keep urging Lot and his family to leave, to hurry, and not to delay.  In a similar way the Israelites make haste to leave Egypt, not even allowing their bread to rise.